Whether you're looking for a memorable anniversary gift or a Christmas ornament to commemorate the past year, you can find a beautiful piece of etched glass among the rich history at Hawkes Crystal, a custom glass shop that specializes in making limited edition, American Brilliant cut glass pieces. 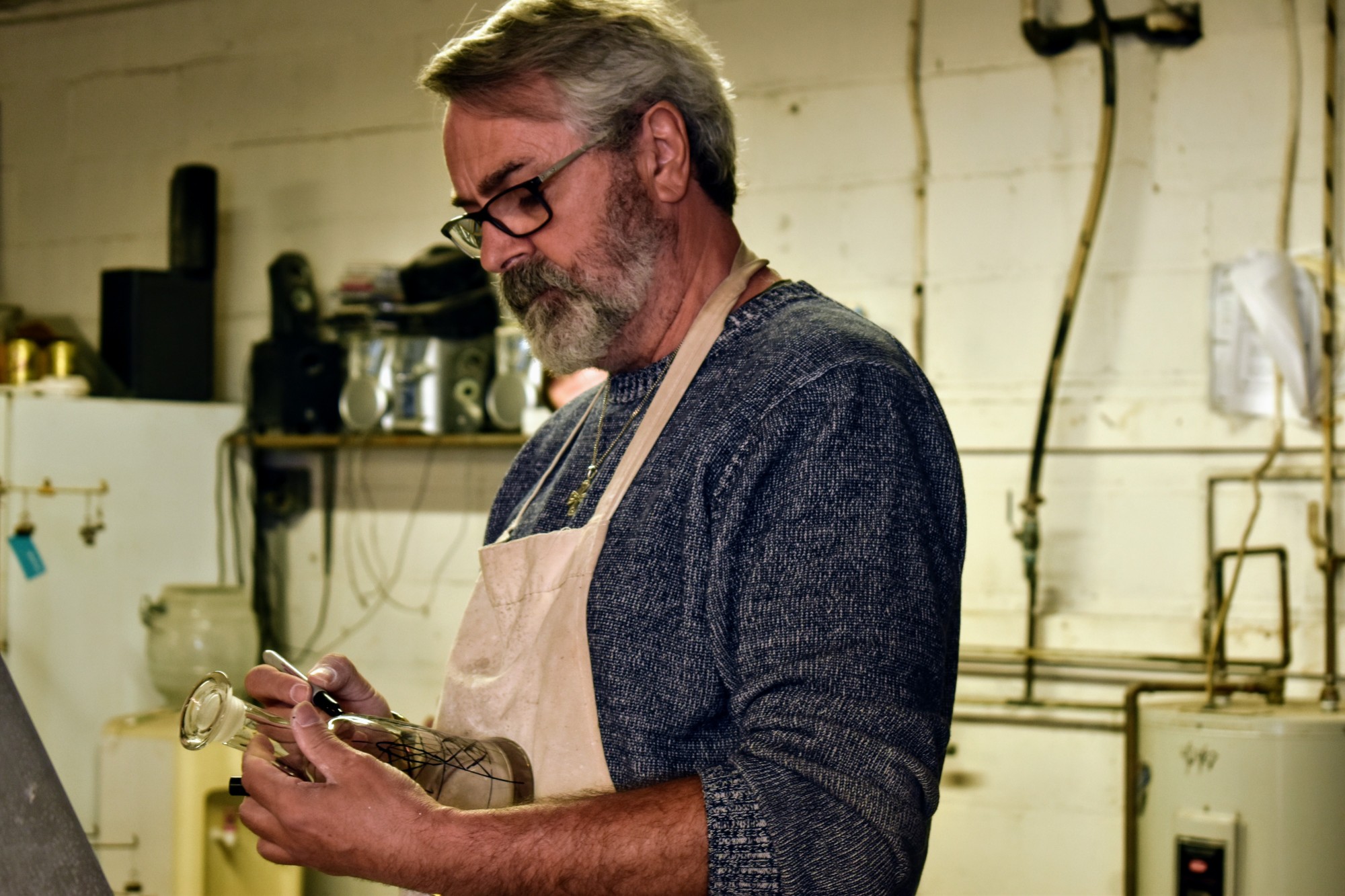 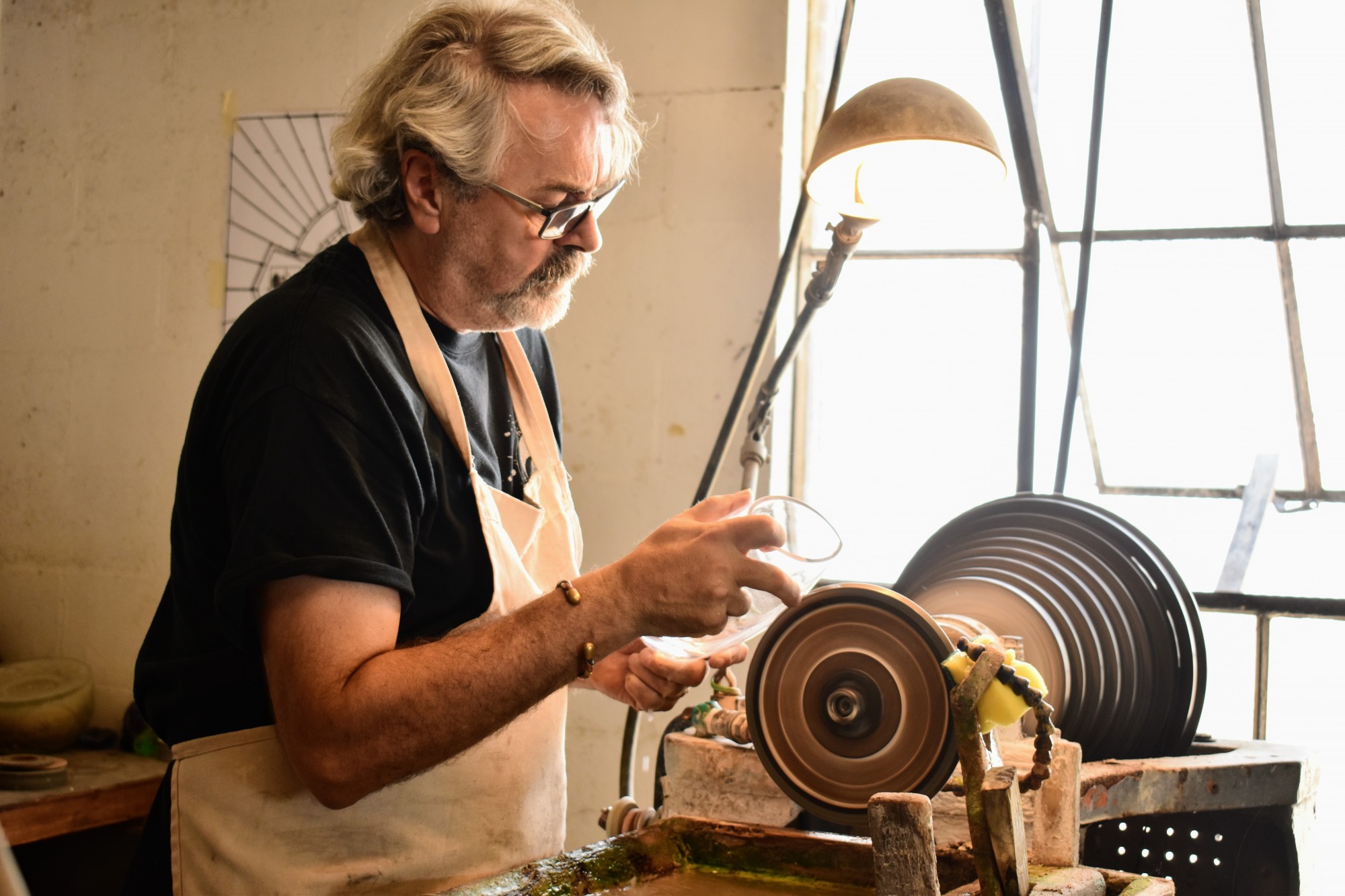 The history of Hawkes Crystal hearkens back to the 1840s when Thomas Gibbons Hawkes of County Cork, Ireland was born. By 1863, he had emigrated to the United States and began work as a foreman for the Hoare and Daily glass factory in Brooklyn. By 1868, the factory moved to Corning, New York. There, he opened his own cutting shop—T. G. Hawkes & Company—in 1890. The year before, he won the Grand Prize at the Universal Exposition in Paris. The company was in operation for 82 years. Hawkes’ trademark is now owned by Hawkes Crystal as they revive the brand. Hawkes has a history with Tiffin and its glass—in the 1930s, T.G. Hawkes & Co. chose the Tiffin Glass Factory to produce blanks for Hawkes stemware and other designs.

Master Brilliant Cutter and Designer, Aidan J. Scully, is now one of a few master brilliant cutters in the United States. A native of County Cork, much like T.G. Hawkes, Scully apprenticed under Edward Flavin, one of the first five apprentices of Waterford Crystal. During his thirty-year career, Scully's work has been featured in the Toledo Museum of Art, the Smithsonian Institution, and he has completed commissions for Presidents Bill Clinton and Ronald Reagan, First Lady Barbara Bush, Senator John Glenn, Pope John Paul, and the Henry Ford Museum. In 2018, the Corning Museum of Glass in New York invited him to give demonstrations for their 150th anniversary celebration of hand-cut glass. 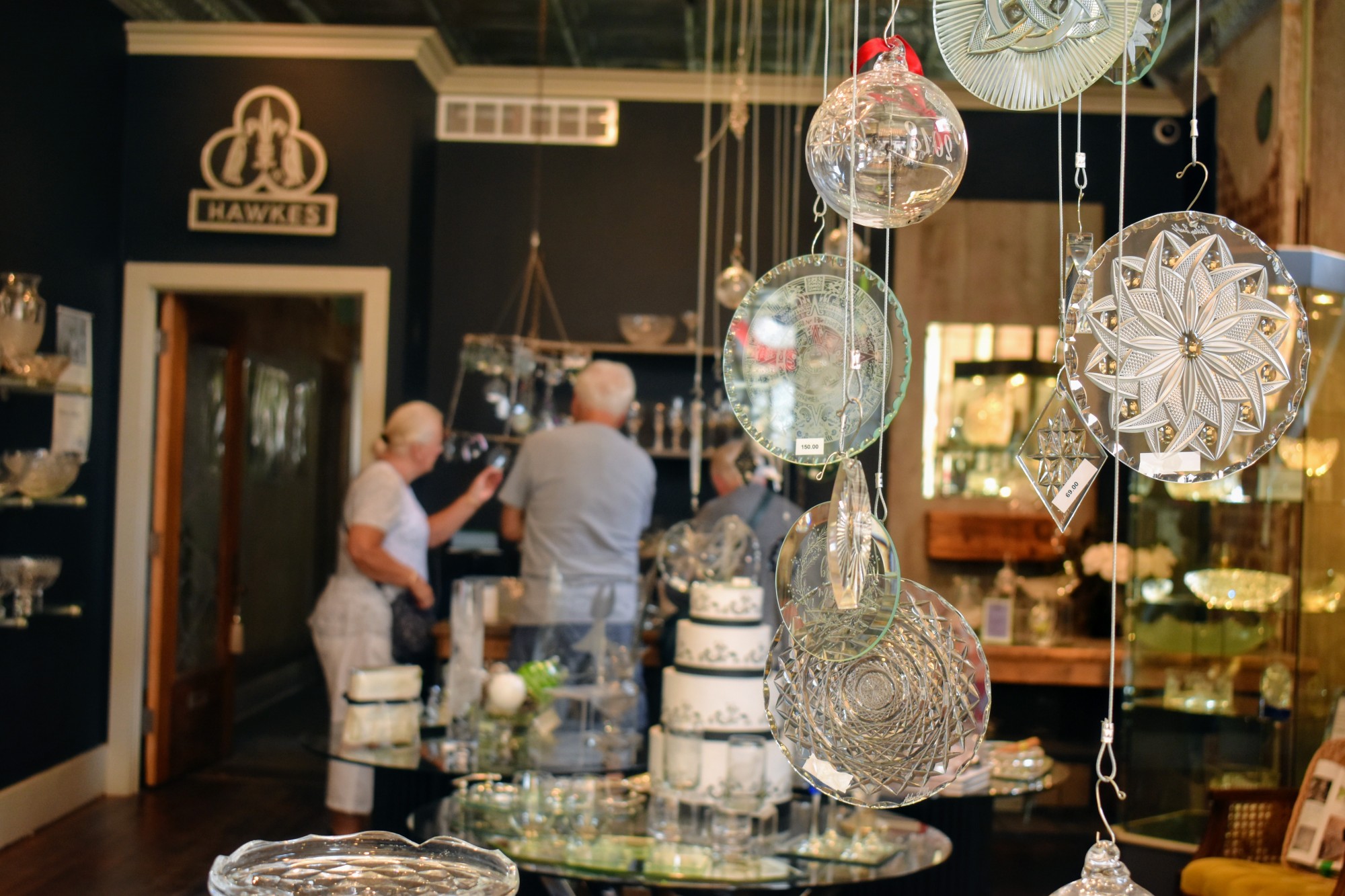 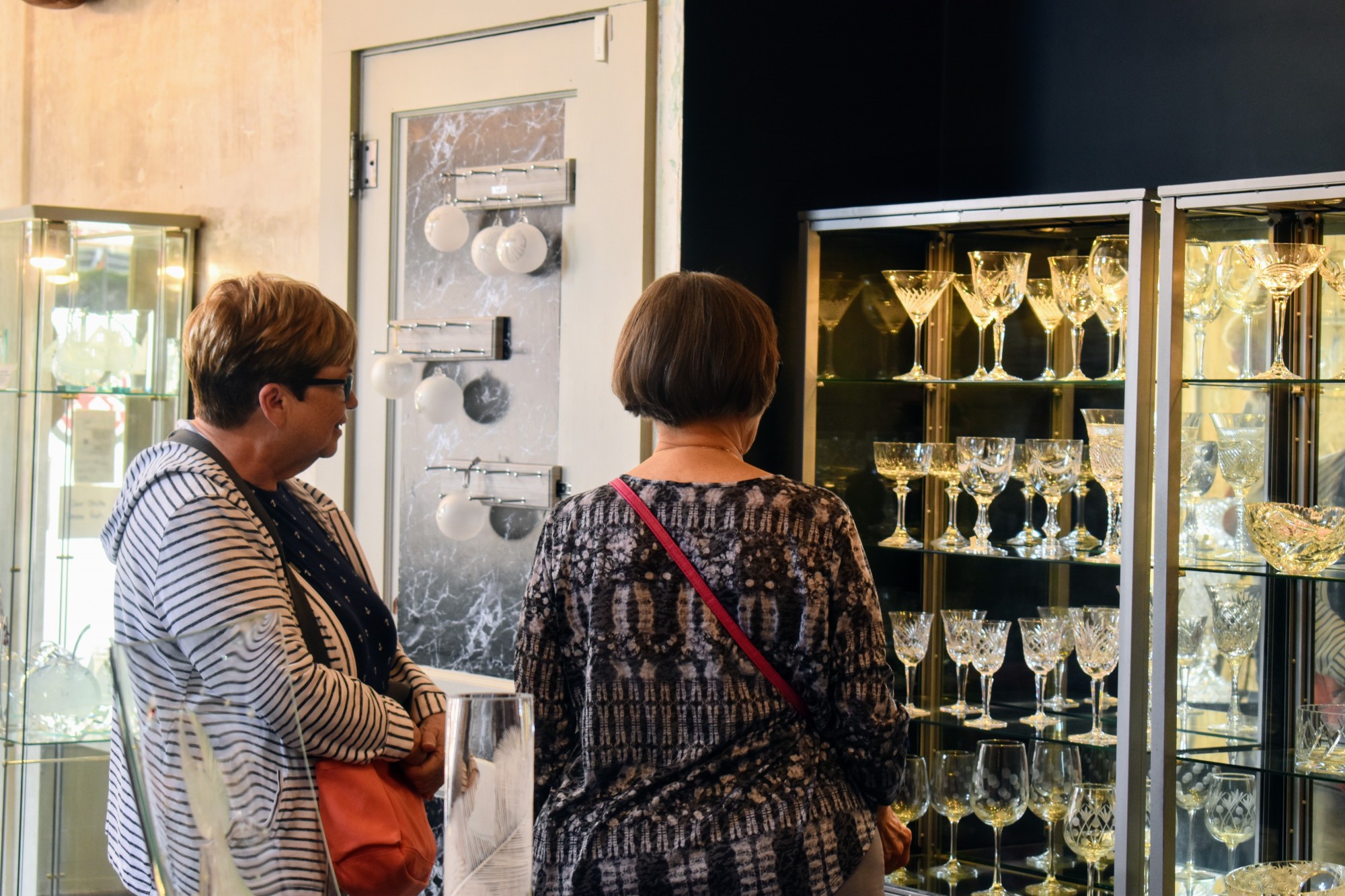 Scully moved to Cleveland in the 1980s to work for a glass cutting company, but when Crystal Traditions in Tiffin had an opening in 2000, he moved here, as it was similar to the small town feel of where he grew up. Crystal Traditions owned the Hawkes name and inventory, so when it went up for sale in 2016, Scully purchased it and has turned it into the iteration of Hawkes Crystal it is today. In his new workshop, Scully uses the same eighty-year-old equipment from the Tiffin Glass factory, from the polishing wheels to the etching equipment itself.

Scully encouraged anyone interested in making a purchase to see the demonstration at his workshop. Once customers see how the product is made, they can better appreciate the product, said Scully.

"Ninety percent of people who come in have seen glass blown, but nearly one hundred percent haven't seen glass cutting," Scully said.  "It's not made by a machine, it's made by a human. They're in awe."

Scully said his favorite part after thirty-five years in the craft is the process.

"It's starting something from nothing and in the end, I have a masterpiece," he said.  "History is still alive in Tiffin, Ohio."

Hawkes Crystal is located at 207 S. Washington Street in Tiffin.  Sales can be made in person or online. For more information, call (419) 448-4286 or visit their website.

Community Calendar
About Seneca County
About Us
Chip Contest