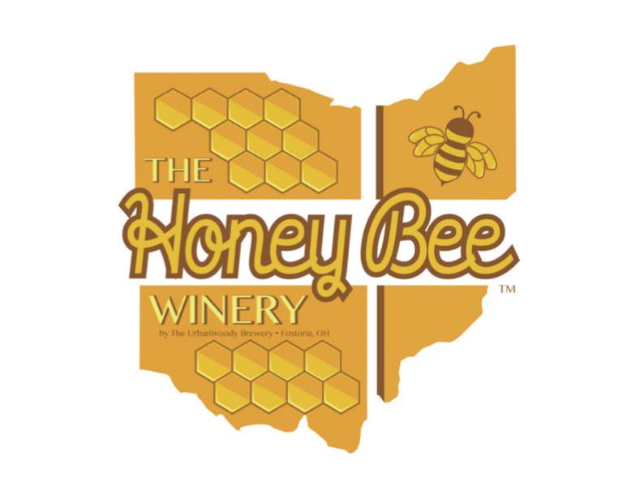 Mike and Tiffani Aurand, Owners of The UrbanWoody Brewery, a family and veteran owned and operated nano brewery in Downtown Fostoria, OH, have announced the opening of Seneca County's first winery, The HoneyBee Winery. The HoneyBee Winery will officially begin serving wine on April 29, 2022 at 5 PM at their downtown location at 105 E Tiffin St in Fostoria.

Their wine selection pays homage to the City of Fostoria, a community that Mike and Tiffani are proud to call home. The opening weekend will launch a wine selection that includes 1882 - a Chardonnay, Risdon Red - a Merlot, and Rome White - a Peach Apricot Fruit Wine. They will gradually expand their wine selection to include The Quilt - a Cabernet Sauvignon, Seneca Red - a Pinot Noir, The Governor - a Dry White, Semi Sweet Pinot Grigio, The Fostorian - a Rose Fruit Wine, The Dillinger - a Hard Cider, and others to be announced.

Mike and Tiffani Aurand started the business venture by beginning work on their historical building in 2018 and officially opened the doors in May of 2019 to The UrbanWoody Brewery. Mike first got into brewing approximately 25 years ago with an at-home brewing kit. After many rounds of trial and error to get something that tasted good, Mike developed a real passion for the brewing process. Mike was serving as active-duty military and at the time he got stationed in Minnesota he made the decision to follow his passion and attend brewery school. While learning the craft of brewing, he also completed multiple internships with local breweries in that area. Once Mike returned to Fostoria, he and his wife Tiffani were ready to take the leap and put into practice all that Mike had learned and opened what is now The UrbanWoody Brewery.

Mike first dabbled with wine making while obtaining his brewing certificate, it was the summer of 2020 when the experimenting with wine (the different aromas and blends) really started. Expanding into a winery has always been a part of their business plan. They have been asked often since opening the doors to The UrbanWoody Brewery if they would ever expand into wine. The husband would say “I love craft beer, but my wife doesn’t - she loves wine…..”, so the addition of the wine will expand their customer base greatly. The HoneyBee Winery has definitely been a long time coming, and with the help of their friends (and assistant wine makers), Mike Rybka and Steven Avalon, the Aurand’s next chapter of their business plan is about to take off.

The UrbanWoody Brewery and The HoneyBee Winery are located in the heart of Downtown Fostoria in what is called "The Foster Block." A huge part of the full UrbanWoody and HoneyBee experience is getting to sip your beer or wine or in a historical building that has been transformed for modern day use. Charles Foster, the 35th Governor of Ohio, built the building in 1882. The building features a taproom, two additional open seating spaces with another serving bar, and a space that can be used for overflow customers and that can be rented for private events.

Mike and Tiffani have worked hard to keep the beauty and the historical feel alive in the space while still making it functional and welcoming. They chose the building specifically because they wanted The UrbanWoody Brewery and The HoneyBee Winery to be unique.

While The UrbanWoody Brewery and The HoneyBee Winery is an obvious choice and favorite for Fostoria and Seneca County residents, the brewery and winery have become more than just a location, but a real destination. In addition to being able to enjoy your drink inside the building, you can also head outside and enjoy the nice weather on the patio. To be entertained and create a full experience for guests, they have added a stage in the greenspace across the street from their physical location. Here, they welcome their newly announced Summer Concert Series, food trucks, and events like their annual Oktoberfest and the Fostoria Proud Christmas Card Display.

Tags: the honeybee winery, the urbanwoody brewery, winery
« Back to Blog